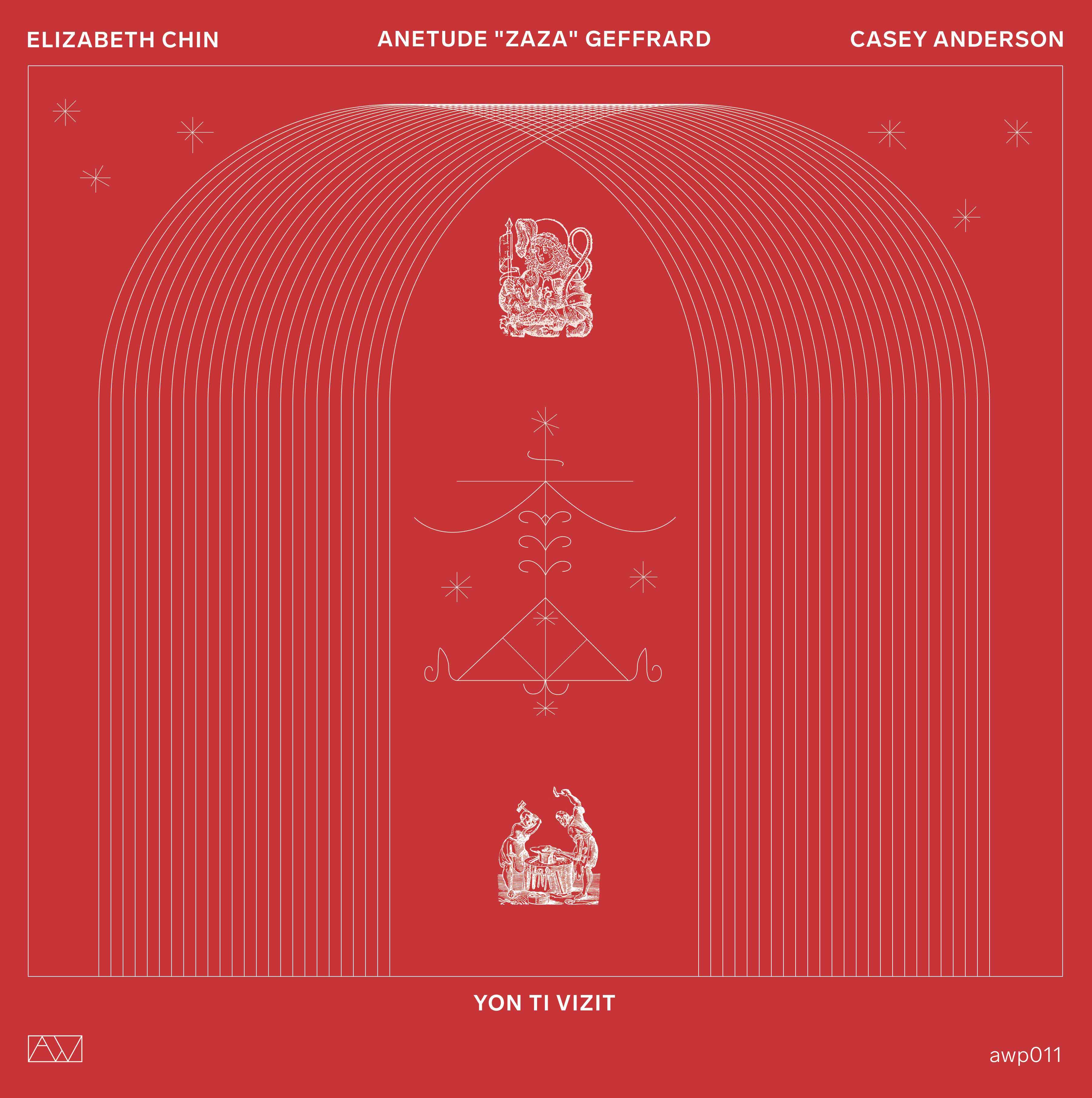 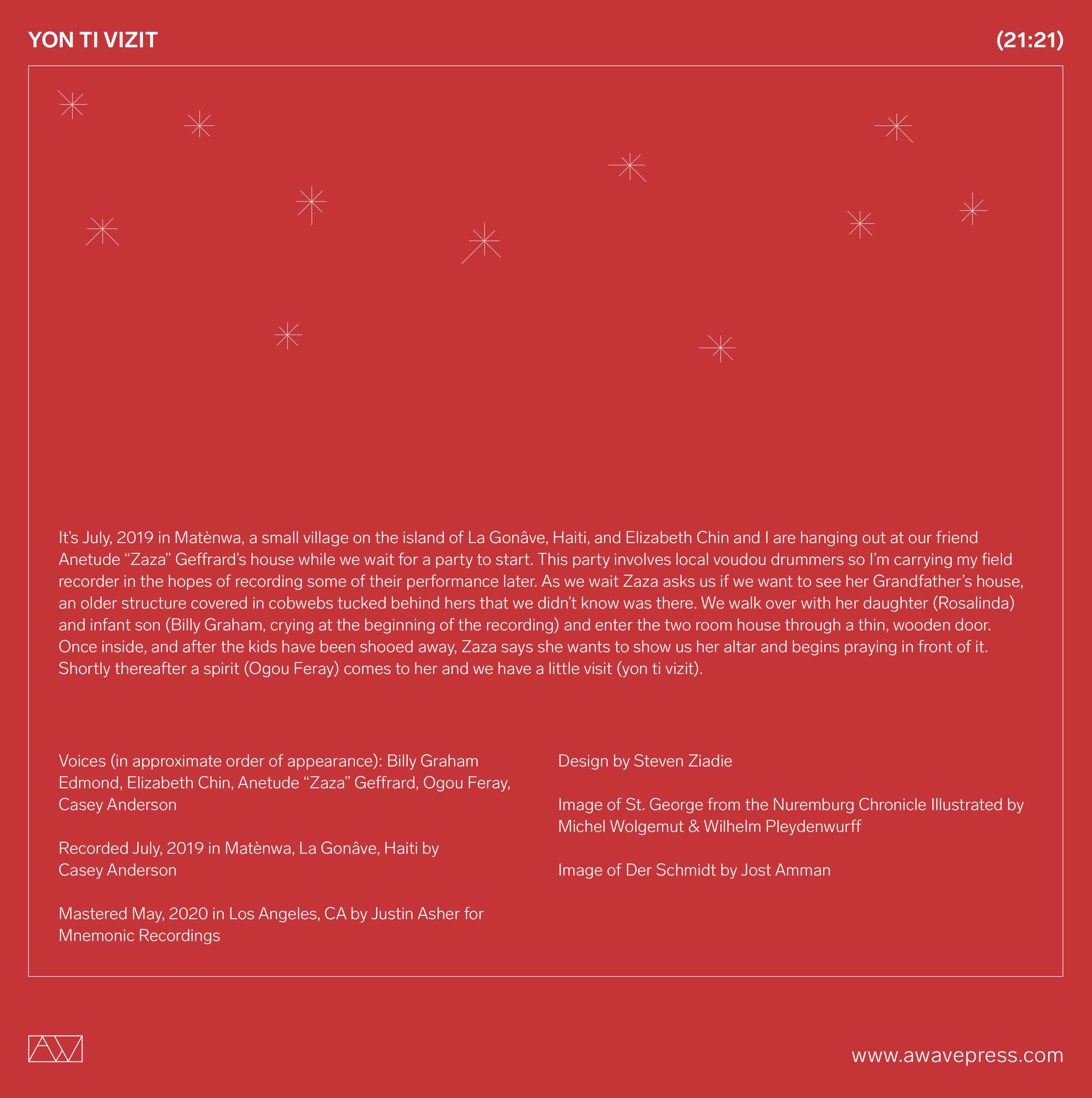 Mastered May, 2020 in Los Angeles, CA by Justin Asher for Mnemonic Recordings

It’s July, 2019 in Matènwa, a small village on the island of La Gonâve, Haiti, and Elizabeth Chin and I are hanging out at our friend Anetude “Zaza” Geffrard’s house while we wait for a party to start. This party involves local voudou drummers so I’m carrying my field recorder in the hopes of recording some of their performance later. As we wait Zaza asks us if we want to see her Grandfather’s house, an older structure covered in cobwebs tucked behind hers that we didn’t know was there. We walk over with her daughter (Rosalinda) and infant son (Billy Graham, crying at the beginning of the recording) and enter the two room house through a thin, wooden door. Once inside, and after the kids have been shooed away, Zaza says she wants to show us her altar and begins praying in front of it. Shortly thereafter a spirit (Ogou Feray) comes to her and we have a little visit (yon ti vizit).

100% of the proceeds from this album will go to the Billy Edmond College Fund.